-Revitalisation and electrification of all current rail networks (3570km)
-Doubling of all current single-track rail networks (3570km), enabling trains to travel in opposite directions simultaneously
-Upgrading all current rail tracks to heavy rail where such is not present already, enabling both freight and passenger traffic.
-Narrowing of the TAZARA railway line (970km), between Dar Es Salaam and Tunduma, to adhere to the accepted Tanzanian gauge width of 1000mm. This will lead to increased flexibility and efficiency of Tanzania’s rail infrastructure. A break-of-gauge will be constructed in Tunduma to maintain the Tanzania-Zambia Railway link.
-Construction of 18 platform station in Dar Es Salaam (507,000m2)
-Construction of 16 platform station in Dodoma (173,000m2)
-Construction of 12 platform station in Tabora (44,000m2)


Summary of project:
Tanzania's population growth has seen unprecedented levels in recent decades. Out of a population of 60.9 million, 25 million are aged 18 and under. This gives a national average age of 17 years old. These millions of young people, however, are without quality education; only 80% of children attend primary school, and only 59% attend secondary school. This project aims to construct hundreds of new, modern, state-of-the-art schools, both primary and secondary to aim in having 100% of children and young adults attend school. These schools will provide the next generation of workers with the essential skills to make the Tanzanian economy to greater prosperity.
Alongside this, these schools will also act as a method of child care throughout the day, enabling a greater number of potential workers enter the labour market whom wouldn't be able to do so prior.

To maximise investment-value, all primary and secondary schools will follow the same blueprints, being identical in appearance, facilities and curriculum.


Primary schools
These schools will provide the essentials skills early on in life, such as literacy, mathematics, communication and thought. Children from ages 4 - 11 years will attend these schools.
A standard primary school will contain 21 classrooms and 3 halls, for dinning, sporting activities and events. The total student capacity in each school is 630 students, accompanied by 55 teachers and other staff members

Secondary Schools
These schools will develop the abilities of a young person, until they reach the age to enter the work force. All schools will teach the following compulsory subjects: Swahili, Mathematics, Sciences (Biology, Agricultural Sciences, Chemistry, Physics), Information Technology, Art, Construction, Business, History, Geography, Personal Finance, Physical Education, Modern Foreign Languages (English, French, Spanish, Mandarin Chinese), Politics. and Personal Development. All subjects are compulsory for the student to attend from ages 11 - 13 years, from ages 13 - 18 years, students are given the option to attend their preferred classes in order to progress down the chosen career path.

The secondary schools will be three-storeys and will have state of the art facilities for all students including 16 science labs, 13 art and design technology classrooms and a drama studio in addition to over 60 other classroom and teaching spaces. It will also provide comprehensive sports and fitness facilities including changing space, two activity studios and ICT areas for the library, a learning resource centre and a study zone. The total student capacity in each school is 2,730 students, accompanied by 300 teachers and other staff members


Education from the ages of 4 to 18 years will be free of charge, with uniforms, school supplies and costs of examinations covered buy the school.

Tanzania suffers from a severe national energy shortage. With a total capacity of only 1,602 MW, and 16 MW imported, only 20% of the national population have access to electricity in the best of times. On average, due to poor quality transmission infrastructure and droughts impacting hydropower, only 60% of this total energy capacity is fulfilled. Consequently, even still with 53.6 million people without electricity, rolling blackouts are a regular occurrence, dealing unmeasurable damage to the Tanzanian economy. This makes Tanzania possess one of the lowest rankings in electric consumption per capita in the world. Therefore it is vital that Tanzania's electrical infrastructure be developed. It is estimated that a minimum of 10,000 MW should be produced to provide the whole population with enough energy to operate low-consumption and basic appliances. Whilst 75,500 MW production is required to uphold a relatively comfortable lifestyle of a developing country.

Community Connection
It is a key part of the project that all communities are connected to the electrical grid. Only 24% of Urban areas, and 7% of rural areas are connected to the grid currently. The t\target is to connect, at minimum, 100% of Urban areas and 50% of rural areas to the grid by 2000. This will be done by construction overhead power cables for power plants to cities, towns and villages, whilst subsidising homeowners and property developers in the cost of connecting buildings to the mains power outlet provided in these areas.
Last edited: Sep 14, 2020

Despite being the commercial heart of Tanzania, shopping and entertainment facilities are relatively, limited, low-quality, and are local traders. Although local traders are not necessarily a negative quality, the lack of major international brands means that consumers lack quality and choice, with the microeconomic factor being very inefficient. The Uhuru Commercial and Entertainment Centre will introduce modern shopping and entertainment to the city and will be the first to do so. Being constructed on one of Dar Es Salaam’s many inner-city brown field sites, it will provide a source of significant economic growth as well as being a fine addition to the city’s skyline.


- 26 apartment buildings, all 33 stories tall. 20 buildings will be of thinner design, with a total of 92 apartments each. 6 buildings will be of wider design, with a total of 132 apartments each.
- The apartments range from a 2-bedroom layout to a 4-bedroom layout.
- With a combined total of 2,632 apartments, once complete, the housing blocks will provide accommodation for up to an estimated 15,792 people.
- The community will also include an outdoor gym, 2 convenience stores, ample underground parking, and 24-hour security. 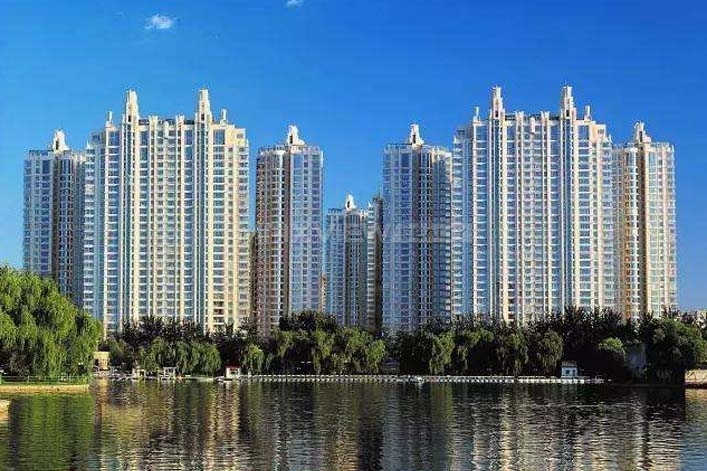 
- 10 apartment buildings, ranging from 17 to 26 stories tall. The site will provide a total of 660 apartments
- The apartments range from a 2-bedroom layout to a 4-bedroom layout
- Once complete, the housing blocks will provide accommodation of up to an estimated 3,960 people.
- The community will also include a convenience store, ample underground parking, and 24-hour security. 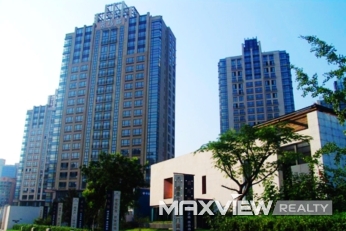 
In a city of 6.7 million inhabitants, the only form of public transport is bus, leaves the streets heavily congested and very populated. Many people don't have the means to travel long distance within the city altogether. This much needed underground metro network will provide the population of a cheap alternative to travel, alleviating the congested roads and enabling long distance intercity travel that was previous not possible to most of the city. With 83 stations and a length of 95.66km, the Dar Es Salaam Metro will overtake Egypt as the largest metro network in Africa. It will also be the second metro network in Africa, overtaking Algeria's construction efforts.

36 floors, the tallest building outside of Dar Es Salaam.

Primarily occupied by the East African Development Bank and other departments/services associated to the E.A.D.B, the building will also provide office space for other tertiary and quaternary sector services.

Will also provide underground parking for up to 80 vehicles 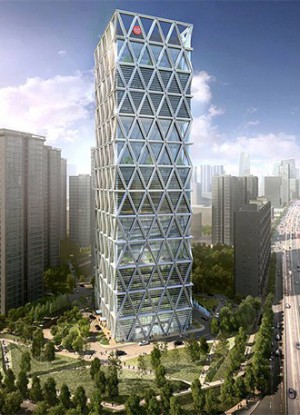 Security: The site of the building will be surrounds by 3 metre high walls, with one entrance om the eastern side of the facility. All areas on and surrounding the grounds will be monitors my an extensive CCTV network, with regular patrols. All employees will undergo a rigorous background check. Only employees holding ID cards will be able to enter the grounds. All exterior glass on the building is bulletproof, and fingerprint scans and ID checks necessary to enter the building and many rooms within the building itself.

Built within the mountainous region of east Njombe province, this facility has the capacity to hold up to 2,100 inmates. Criminals who are prosecuted for the most severe of crimes, such as murder, rape, terrorism, corruption, and gang activities, will serve their sentences here. As per their sentence, they will undergo strict hard labour, and be transported across the nation to work where necessary. Most of the work performed will be in mines, plantations, and low skilled infrastructure construction projects. Survivability to the end of one’s criminal sentence is not guaranteed. The facility will host strict security measures, conducted by a security officer-to-prisoner ratio of 1:8


The base will replace the Kigamboni Naval Base as the Tanzania's primary Indian Ocean naval base. It will be the first developed, modernised and permanent naval base in the country.

Features:
- Quay length of 4,080km suitable for docking
- 3 locks accessing a sheltered ort area of 27.2 hectares
- 11 port cranes
- 2 entrances to the base, via Mahando Street and Haile Selasie Road
- Living facilities to accommodate up to 1,530 personnel
- 2,385 hectares of warehouse storage space
- 1 Dry Dock, primarily for repairs and altering vessels

A small naval base with 700m quay length, designed to primarily host small naval craft. The total area of the base is 5.38 hectares.


Built in an undisclosed location in south Tanzania

Over 35 hectares of ramp space, for parking, loading, unloading, refuelling, and repairing aircraft.

Although a relatively small city for such significant project, at a population 410,956 people, this development is aimed at preparing the capital city for its anticipated rapid population boom in the near future. By taking advantage of its current low and sparce population, this allows Dodoma city to avoid the challenges currently faced by the city of Dar Es Salaam, where urban planning has become almost impossible due to its demographics, and to effectively plan a city that can support its future large population with ease. Currently at 410,956 inhabitants, within the next 20 years the population is expected to reach 700,000, and within the next 50 years, surpass 1.3 million. This predicted growth does not consider the large-scale urban migration that is characterised within industrialising economies, nor does it take into account the Government’s efforts to expand and centralise the nation’s capital, consequently it can be understood that the figure of a 1.3 million population is a very conservative estimate. This project will provide the city the capacity to house the traffic derived from a large populous and significantly reduce future congestion and pollution within the city. The project is also designed to allow further urban transportation developments to be initiated with ease.

​
Construction and widening of over 232km of composite paved roads.

There are 9 ‘M’ roads (Main roads) to be constructed, leading from the city centre to the far outskirts of Dodoma. These are to be the main arteries of the city. Each ‘M’ road is 6 lanes wide (3 lanes in either direction). Where a road is already present, the road will be widened, whereas new construction will occur where a road is not already present. Within the ring roads, the ‘M’ roads will also feature a parallel side lane on both sides (see below) divided by a physical barrier, with breaks in the barrier every 250 meters to allow traffic on and off of the parallel lane from the main road. This will allow easier access to buildings aligning the main road, and prevent congestion caused by parked traffic. The parallel lanes will also offer greater protection to pedestrians and cyclist from traffic. The wide embankments, wide pavements and large unoccupied spaces either side of current roads will minimise the cost and necessary demolition of buildings that is required for widening the roads.