Well it was the result many did see coming. Paul Keating has managed to retain Government, albeit with a reduced majority in what is seen by many as an upset victory for Labor with the Coalition expecting a landslide. This is the second time Paul Keating has pulled off an upset victory after his famous 1993 election victory over then Leader of the Opposition, John Hewson. The current Leader of the Opposition, John Howard has vowed to stay on as Leader of the Liberal Party despite the loss saying that while it wasn't the result he was expecting there were some key victories tonight that put the Liberal Party in a much better position for the next 3 years. There was talk that a leadership spill could be mounted against Mr. Howard by current Deputy Leader, Peter Costello but that remains not to be seen. One interesting moment of the night was when controversial Liberal turned Independent, Pauline Hanson managed to pick up the seat of Oxley in Queensland off Labor's Les Scott on a swing of 19%." The Prime Minister is facing an unprecendented amount of pressure tonight. At 7pm tonight, a ballot for the Leadership and Deputy Leadership of the Labor Party will be held after the Prime Minister announced the ballot of the leadership earlier today. It's reported that last night, senior members of the caucus informed the Prime Minister that he had lost the confidence of the party and that it was time for new leadership. The Prime Minister has been in power for nearly 8 years and has told ABC News he intends to fight on for his position. The main contender is the Treasurer, Kim Beazley. His pick for the Deputy Leadership ballot is Minister for Human Services and Health, Jenny Macklin. She will contend the Deputy Leadership with incumbent Deputy Leader, Dr. Carmen Lawrence. Mr. Beazley is confident he has a majority of the Labor caucus behind him. He has said that polling has shown that Labor will lose the next election and that a change in leadership is necessary. This comes in the middle of a tight election campaign in Victoria where incumbent Liberal Jeff Kennett is seeking his third term in office. Mr. Beazley says he will continue to support Victorian Labor leader John Brumby on the election campaign and says the ballot for the federal leadership should not deter voters from voting Labor in Victoria. Mr. Keating has a different view, saying the fighting and disunity within the Labor Party will secure Jeff Kennett a third term in office." 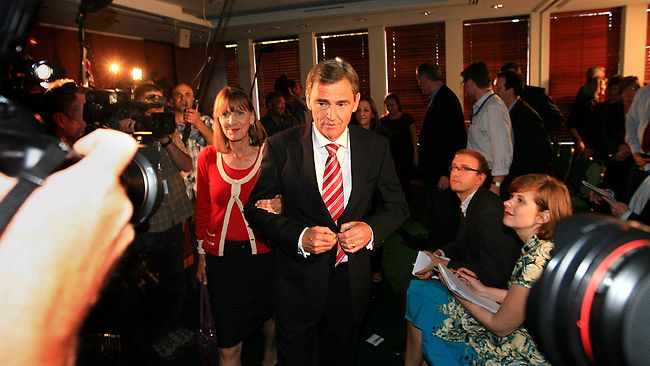 Well the results are in and it's a resounding victory for Labor in the Victorian state election tonight. After 7 years of Liberal Government, Victoria has decided to turn a new chapter, so much so that Premier Jeff Kennett even lost his own seat to the narrowist of margins. Here's ABC's chief election analyst Antony Green to give us the run down...." ​
"So what we saw tonight was quite a strong vote for Labor. 55.6% of the two-party preferred vote, which is a swing of 9.1%. They have romped it home in the eastern suburbs of Melbourne and down the Mornington Peninsula, with a few pick ups in surrounding rural areas of Melbourne, including down the Bellarine Peninsula. Basically, there's little left of Liberal seats in Metropolitan Melbourne. The Coalition even lost two seats in regional Victoria, Gippsland East and Gippsland West to Independents. And of course Jeff Kennett lost his own seat of Burwood to Labor's Bob Stensholt on a margin of .5%. It was enough to put him over the line, but Jeff Kennett held a near marginal seat and with a swing of 9.1% it was enough to wipe out all of their marginals and almost all of their seats they held below 10% at the last election. So overall the Coalition has ended up on 30 seats, which is a net loss of 28, Labor has ended up with 55 seats, a net gain of 26, and the Crossbench has now grown to 3, a net gain of 2. It's a different story in the Legislative Council where of course the system is skewed heavily to regional Victoria. Labor managed to gain 7 seats in the Legislative Council but it is not enough to secure a majority especially since we only elect half of it at this election. Labor now has 17 seats and the Coalition has 27, which effectively means the Coalition can block any legislation that the Brumby Government wishes to get through Parliament, so a lot of negotiations will be going on inside the Legislative Council during this term. John Brumby gave his election speech where he said it was a new dawn for Victoria and the Labor Party nationally as Kim Beazley takes over as the leader of the federal Labor Party. The federal government is quietly confident tonight that as a result like this will mean they will retain government at the federal election, there is a lot of ground to gain in Victoria and if this translates federally they will gain a decent chunk of seats in Victoria, potentially enough to offset any loss in any other states, potentially in Queensland."

After several hours of coverage and analysing election data and counting seat counts the ABC's Election Analyst Antony Green will give a projection about 30 minutes after the South Australia/Northern Territory polls closing.

"What I can say tonight is confidently, that the Coaliton will not be able to form government tonight. Looking at the nation wide swing of about 1.7% towards Labor, it is my prediction that the Beazley Labor government will be returned to power. The most interesting factor tonight is of course the One Nation vote. This has been primarily at the expense of the Coalition vote, sinking nearly 10% in the Primary Vote. One Nation is looking at sitting overall about 16% of the Primary Vote, maybe more as we expect greater support for them in Western Australia. At this point in time I can say that Pauline Hanson has been elected to the seat of Blair and Graeme Wicks to the seat of Wide Bay. We are also looking at very likely One Nation gains in Gwydir and Maranoa. In the Senate, it's hard to tell right now as the votes are counted but we are expecting at least 1 One Nation senator for Queensland, New South Wales and Western Australia. Possibly even another one in Queensland. Regardless of the One Nation seat pick ups, which have all been at the expense of sitting Coalition members, Labor is projected to get over 80 seats and as a result will be returned to government. The Coalition could even sink below 60."

About 45 minutes after Antony Green called the election for Labor, Kim Beazley would go to the podium with his wife to speak with the Labor faithful in Perth.

Thank you so much. From the bottom of my heart, to all the Labor volunteers out there, thank you. We could not have done this without you....

Nearly 100 years ago, our forebears created a new nation on this continent—a land to which people from all over the world could come to make a contribution. As we enter a new century, we face again the same challenge that confronted our nation’s founders. Can we come together, and put petty rivalries and differences aside, and build a new nation for a new century?

I believe we can and we will. This new Labor government, with fresh ideas and fresh members will lead Australia into the 21st century.

We have many new members of Parliament across the country and I am excited to see what they can do. Firstly though I want to say thanks to the Labor members who couldn't be re-elected tonight. Mary Crawford, Geoff Buckland, Ted Lindsay, Gary Johns and Steve Georganas. Your time with us in the parliamentary Labor caucus will not be forgotten and of course we wish you all the best for your futures.

Now some of you might be feeling a bit of a bitter-sweet moment tonight. Yes we increased our primary vote, our two-party preferred, our House seat count. But of course we lost some ground in the Senate... to Pauline Hanson and her One Nation team. Despite their victories tonight in the Senate and in the House, I want to make it clear to all Australians, particularly those of a multicultural background and to the world, THEY DO NOT REPRESENT WHO WE ARE."

The crowd would cheer.

"We will fight Pauline Hanson all the way! Her bigoted and racist ideas for this country will not stand the test of time in Parliament and I hope the Coalition agrees with me and will stand with Labor to oppose the propositions made by One Nation in Parliament. Notably, I make a promise to never accept their vote on any legislation or work with them in anyway. I encourage the Coalition to stand with us and make the same promise.

We are going to build real social reform in this country, expand Medicare, expand the rights of all Australians, commit to reconciliation and COMMIT TO TREATY!"

The crowd would cheer again.

"We are going to make an Australia that the envy of the world. We will forge alliances across the globe, but of course we will not fear to stand our ground and speak up when something is not right.... when something is immoral. I'm talking about of course the occupied Australian territory of the Heard and McDonald Islands. We will regain control of our sovereign territory through diplomatic means. It is right and just. We will commit ourselves to seeing resolutions in conflicts across the globe notably in South Africa, Russia, Ukraine and we will work to help the Korean Government develop the former DPRK. We will build inseperable bonds with our Pacific neighbours and we will commit to the expansion of global trade.

He would walk off the podium holding his wifes hand, waving to the crowd and walking into it.

"So there you have it, the Prime Minister's election victory speech. Stay tuned to the ABC for more election coverage coming right up." 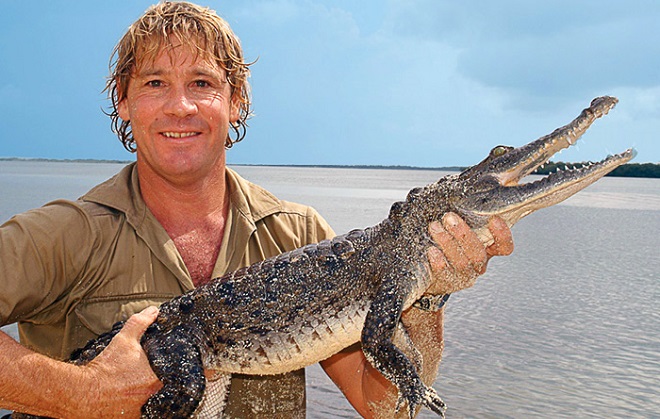 Today Steve Irwin was sworn in as the 24th Governor of Queensland. This was to much fan fair from the local Queensland public and has given a popularity boost to Premier Peter Beattie. His Excellency said him and his wife and their 2 year old daughter Bindi would be moving into Government House in Brisbane, colloquially known as Fernberg. Terri Irwin will now be formally addressed as Lady Irwin. Steve has said his conservationist projects and Australia Zoo will remain under the management of his best friend Wes, but will halt production of his television show for the duration of his term." 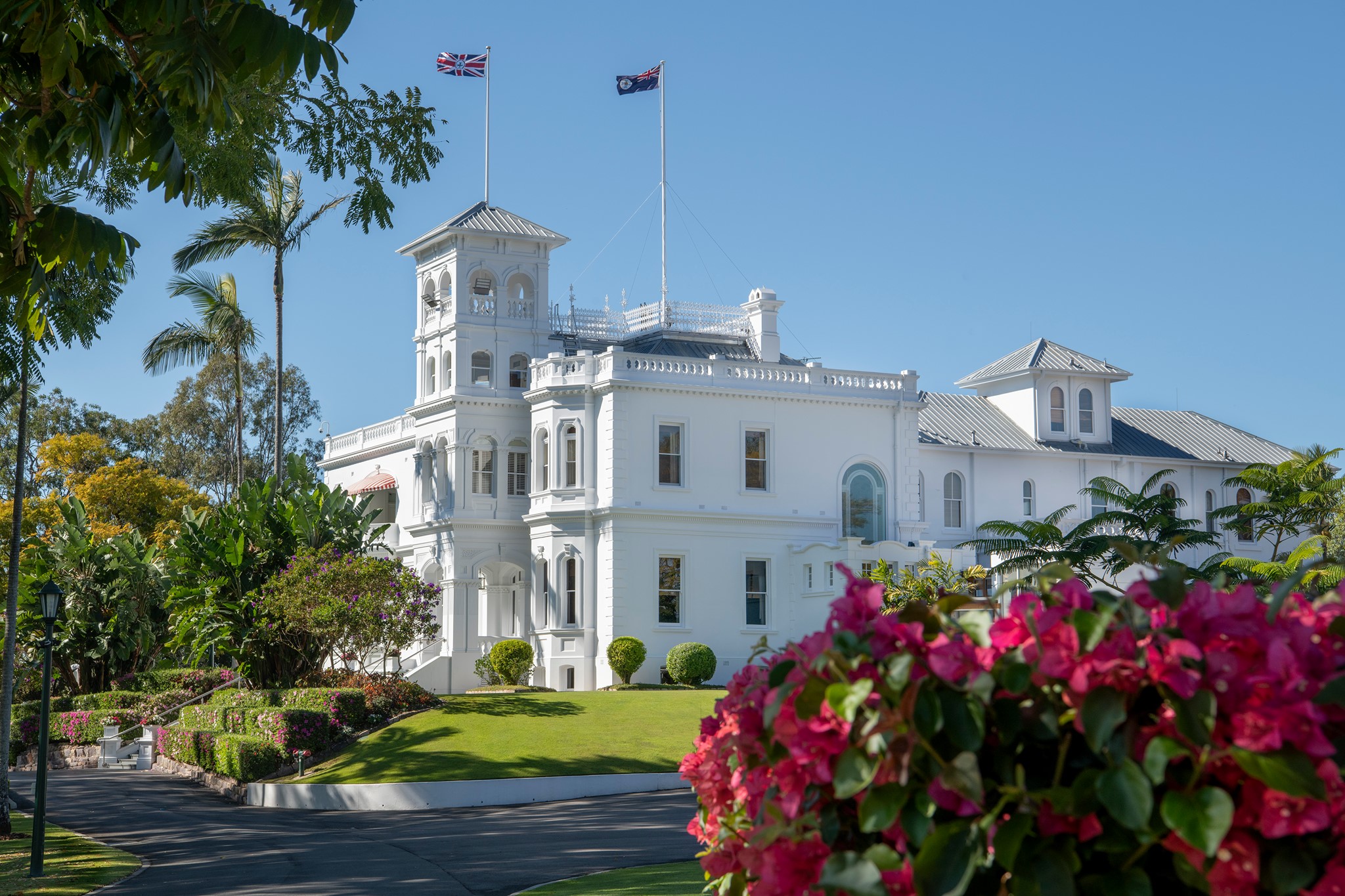