Recently I submitted a support ticket explaining how I had been incorrect about the costs of a Moon base.

"So prior I believe I misreported that an annual cost for a Moon base would be 80 billion. But, upon looking at it closer I believe I may have made a mistake.

"In any case, the Soviet economy very likely could never have sustained the cost of the project - 80 billion dollars in 1997 prices. "
This does not mention upkeep, which leads me now to believe I misread it before as such. This is for a 1978 plan. " 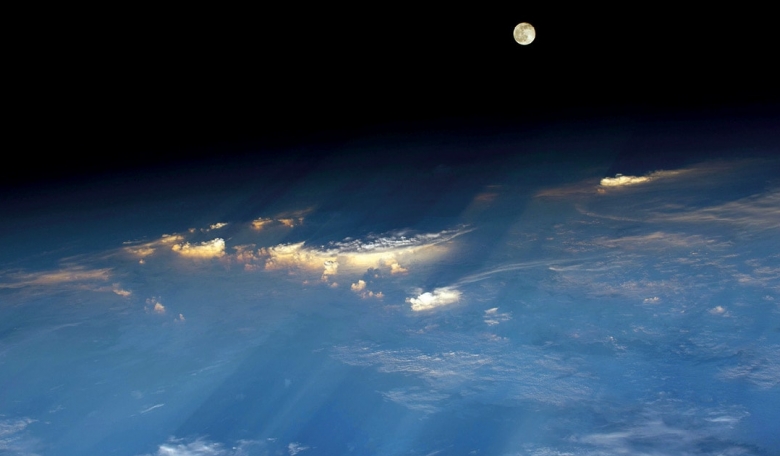 How to build a Moon base cheaply - Room: The Space Journal

From a 2009 study this says a moon base using 2009 tech would cost 35 billion to build, and then 7.35 billion to maintain.
I in theory could sustain a Moon base with an upfront cost of 80 billion and a sustained annual cost of 168,00000,000
21% of the original cost.
While I am no where near reaching this atm, I believe it is worth looking over again.
I believe a way to prevent this from being exploited is for us to introduce a GA space law stating that Space is the birthright of mankind. I can introduce said bill. Then we back it up with an ooc law.
With current tech, actually holding stuff anyway would be pretty much impossible, so anyone who tries to claim sections of space would have no way of actually doing so anyways."

I was then told that the rules do not allow it when I was simply asking for it to be taken into consideration that they consider a rule change as clearly when i told Hollie back then how expensive a Moon base was, I was wrong. Due to the no bases rule being based off of faulty information I provided I believe the rule should be changed, as it turns out it is rather affordable even with the large upfront cost. It seems maintenance is only 21% of the initial investment.

It would be no different then a space station. It is also possible to ave a Moon base with current technology. It was possible back when it was originally thought up. The reason it hasnt happened in real life yet, is simply due to a lack of will to do so.

I agree to be honest, space is the final frontier, and it would hopefully open up more equal roleplay opportunities for everyone. Space should be accessible not only to the A-list countries but also to anyone whose pockets are full. I would also suggest that these prices would be placed on one of the guides so that further confusion may be mitigated. Maybe have a minimum price for the space program so nations can't just send up rockets willy-nilly.

I agree that if the rule is basing the cost of bases off of Headless's estimate--which it seems to be doing, since the DLB base is specifically cited in the rule, "...Space Colonies would be a massively expensive project, that our current Economy System cannot accommodate for. Outposts and Bases, like the Projected "DLB Lunar Base" will also not be permitted. This is because of the Sustained costs,"--then it needs to be reviewed again.

I also believe I found the 2009 study from CSIS that the the room.eu.com article is citing (2009 Study). They make a key point, "...the likely costs of developing such a [moon] base would be about $35 billion, and operating the base would run about $7.35 billion per year. By comparison, the development cost for all but the Russian section of the International Space Station (ISS) is estimated at around $85 billion, including $35 billion for Space Shuttle missions. In the years after the Shuttle retires, the annual operation costs of the ISS will be $4.5 billion per year." So, the initial developmental cost for a moon base using 2009 technology would be about $50 billion less than the initial developmental cost for the ISS. The running cost to maintain a moon base would be $2.85 billion more.

The 2009 CSIS study adds, "If useable water ice is found near the base, or oxygen-rich minerals can be utilized, operating costs will decrease significantly." They cite a few other academic articles (see the bottom of the page for citation info) but I unfortunately don't have time right now to look too deeply into these myself.

Now, this is still super expensive, but not anywhere near as expensive as $80 billion/year of running cost. Plus, as I believe Headless mentioned in Discord, if multiple countries contribute that eases the burden of the project on any individual state. As he also mentioned, any exploitation concerns could be addressed in the GA.

If it ends up being just too complicated/annoying to moderate I understand that, but since the rule is largely focused on cost and the information regarding the cost was incorrect, I agree that it needs to be looked over for a second time.

I can agree with this, and your math and sources seem to check out as well.

It has come to my attention there has been some confusion about what this would mean. To clarify, this would not mean we would have Space Bases or Moon Bases in the 90s. Simply put, any attempts at doing this right away would almost certainly be met with failure. A Space Base would be from the culmination of previous missions which would take time and resources. Having to go through the steps of unmanned orbit, manned orbit, space walk, docking, endurance orbits, lunar flyby probes, lunar impact probes, lunar lander probes, lots of recon, manned lunar flybyes, manned lunar orbits, lunar landing practice attempts (Apollo 10), a Lunar landing, Space Station (Mir or ISS), Reconnaissance for a Lunar Base site (both unmanned and manned), landing a manned mission there to scout it, then landing the start of a base, and so far and so forth. I dont expect to see a Lunar base on MN until anywhere from maybe 2005 to 2010. R&D and effort will be required and as an end goal, it is a rewarding one to keep people invested.

Thank you for bringing this to my attention, as I didn't realise my initial post implied a 90s era moon base.