The "Atlântico" Joint Exercise is an initiative created by the Navies of the Empire of Brazil and the Parliamentary Monarchy of Portugal for closer cooperation in the future. the Joint Exercise will be separated into two phases. Phase I would be a dedicated Wargame between the leadership of both fleets. Phase II would be dedicated to fire exercises and standard training.

The Exercise's aim is to increase the cooperation between both fleets, and to train the Personnel on their assigned positions during combat.

The High Command of the Imperial Navy would order the encrypted deployment of the following fleet:

>>The Following is Encrypted and Secured property of the Imperial Brazilian Navy!<<
​

The AIB Minas Gerais would lead the Fleet, Its Anti-Aircraft Guns would be loaded, the AMX-A1Bs would be loaded onto the carrier, alongside supplies and ammo, Admiral Diego Costa da Silva being on board the vessel. The AIB Rio Grande do Sul Destroyer would be in-front of the Carrier, fully equipped with its anti-ship missiles, the twin 130 mm (5 in) gun mounts and 37 mm (1.5 in) anti-aircraft guns being loaded,on both sides following the Destroyer, were the AIB Bahia and AIB Maranhão frigates were fully equipped with torpedoes and ammunition for their 76mm cannons, as well as ammunition for their 12.7mm, 20mm and 40mm/70mm anti-aircraft guns, both ships' sensors and long-range, surface and search radars, as well as sonars, would all be activate and running for the trip. between the Carrier's back, was the AIB Rio Grande do Norte and the AIB Ceará with their Anti Ship and Anti Missiles being fully loaded, along with their Naval guns and their Anti-Aircraft Auto-cannons. The ships would also have their torpedoe launchers loaded, along with their anti-submarine rocket launchers. In between the two Frigates was the AIB Almirante Gastão Motta, filled with supplies and ammunition for the voyage. The AIB Acré, AIB Rio Grande do Norte, AIB Santa Catarina and the AIB Roraima would be put in a position forming a square around the fleet, their Anti Air and Anti Ship Missiles would be online and loaded, along with their torpedo launchers. All vessels were fully crewed for the trip.

The Fleet would depart from Rio de Janeiro Naval Base, Planning to Group with the Portuguese fleet.

A Document with the Information of the Exercise would be sent to the Portuguese Navy Command through Encrypted channels.


>>The Following is Encrypted and Secured property of the Imperial Brazilian Navy!<<

After securing the document, Marquinhos Carneiro, the chief of staff of the Navy, would forward it to his secretary, who promptly sent it to the Naval council for the immediate deployment of the already planned event. Similar to the Brazilians, they would send in their version of deployment securely. The selected ship's crew would be briefed of the situation and were told to make ready for their maiden voyage.

The Following Ships and their complements would be alerted to the Naval Excercise, with support crews checking the armament, supplies, and fuel of the ships. After each were deemed ship-shape and ready to go, the crews would be briefed of the exercise and would be sent out to the open sea. It was early in the morning, as the Naval Council deemed that they would stop at the Azores for further instructions. Once they would arrive at the port of Ponta Delgada, they would securely relay their location to their Brazilian Counterparts, and ask for a specific area in where the excercise would take place.

Crews were eager to join in on their ships on their maiden voyage. Out of the entire fleet, only the Frigate José Malhoa had seen any real action other than being in port. The captains of each ship surveying the open seas in the comfort of their vessel's bridge. Some sailors were on the main deck, adoring the smell of salty sea water. Soon, they have arrived at their initial destination, just in time for the sunrise. Citizens in the Azores were unaware of the naval exercise, and some avid ship spotters quickly made their way to the port to take pictures.

Upon receiving the response of the Portuguese, The Imperial Fleet departed from the Port, to the Amusement of many bystanders as they watched the Minas Gerais departing from Guanabara Bay.

The Crew within the Majority of the vessels were excited, as it was their maiden voyage, especially on the Minas Gerais, The Imperial Flag softly flew against the wind, The crew being allowed to sing and listen to music during the travel to raise morale, the journey had began. 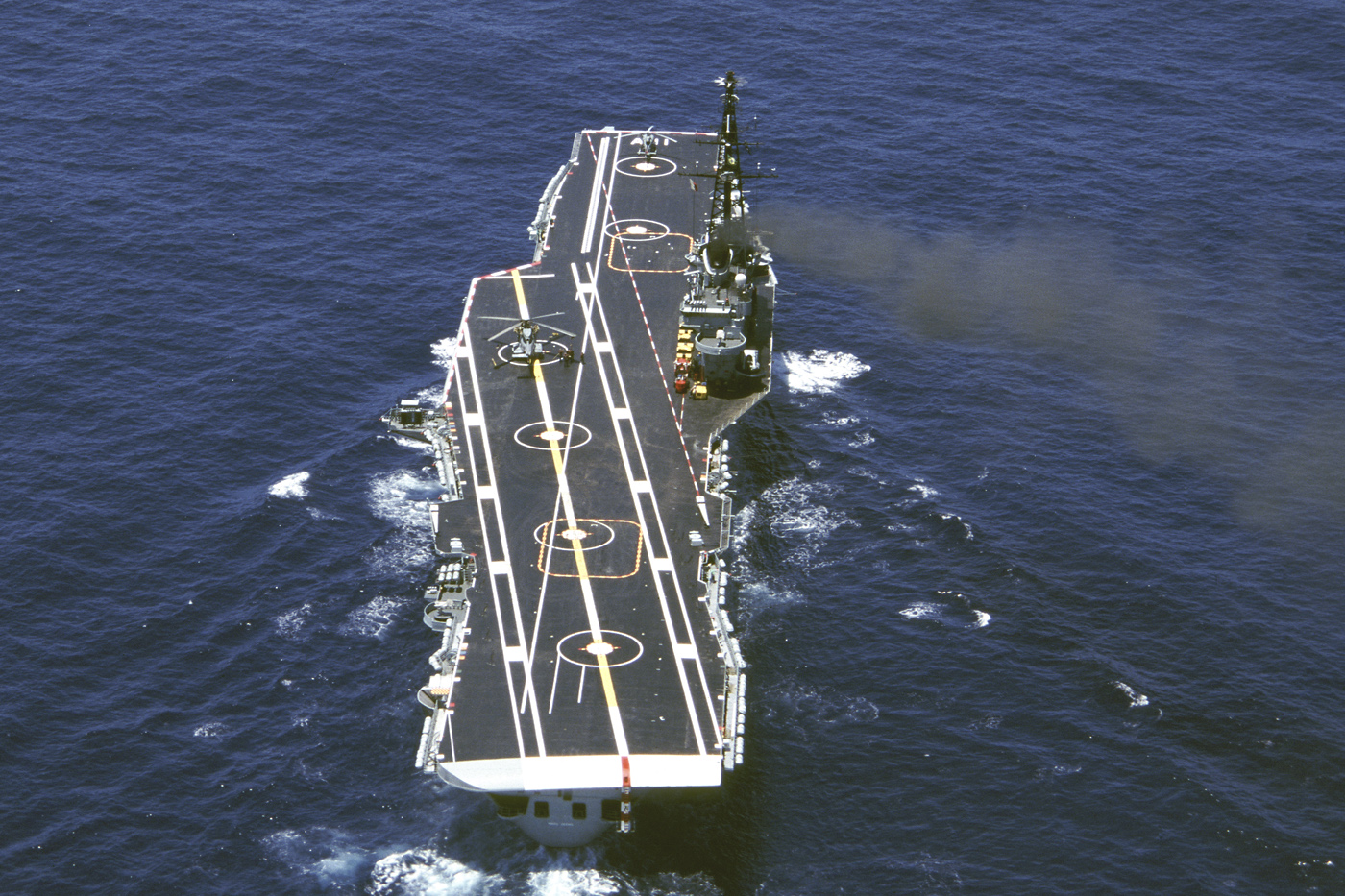 The Portuguese would remain at the port until their Brazilian allies would arrive. Some of the ship's crews would be allowed to spend their time in Ponta Delgada, where young sailors swooned over the local women. Nonetheless, the ships were at the ready once the Brazilians arrive, and were fully supplied as dock crews tend to the ships. Officers on deck would review their possible tactics, and knowing that they were heavily outnumbered, had to come up with creative solutions on hand.

It was almost noon, as all sailors were ordered to report to their positions. The fleet would attempt to make contact with the Brazilians when they're close enough.

The Brazilians would remain in course (GG > HG > HH > HI > HJ > HK > HL > HM), within the second day of Operation, the Fleet would slow down to allow for the Replenishment and Refueling of its ships

The AIB Niteroi being replenished by the Almirante Gastão Motta.​
Upon finishing, the Fleet would continue in full speed towards their destination, the Brazilians would notify the Portuguese of their imminent arrival in an estimate of 24 hours time.

The Brazilian Sailors would come out onto the decks of the ships, saluting and greeting their Portuguese allies, Admiral Diego Costa would contact the Portuguese Admiral

"Greetings Mr Silva! Sorry to keep you waiting, I hope the weather has been pleasant these days?"

He'd chuckle, the Minas Gerais would blow its horns to the Civilians in the Islands as they watched on, on the deck, the new AMX-A1Bs were sitting with their brand new Grey Paint jobs, with the Naval crest on their tail.

"Clear as the day thankfully, we're honored to have our allies here."

The Admiral would radio back. Men were quickly briefed of the situation, and what was going to unfold in a few hours' time. The atmosphere was filled with excitement, as most days these men were stuck on maintenance on the ship and patrols around Lisbon. Now that they had given the opportunity to live out what a Portuguese Naval Sailor was, they jumped at the opportunity. The Ship captains would eagerly hold up their binoculars to spot the incoming Brazilians, surveying the various armaments and equipment they had deployed. 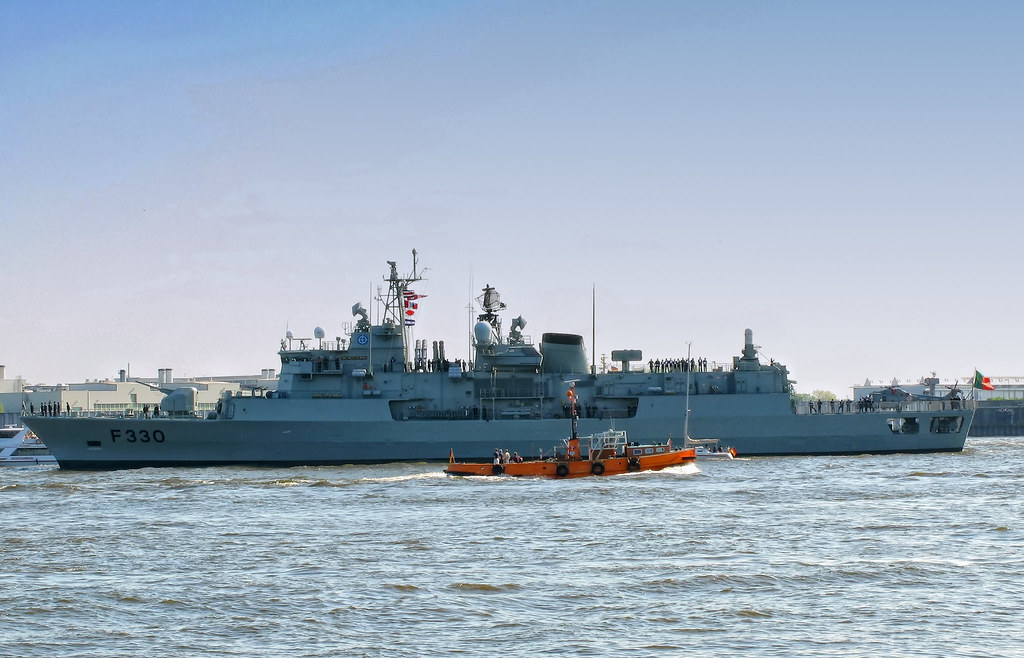 ​
"I'd like to ask how the exercise would go about, so that we may prepare accordingly."

"I believe we may initiate the training with a session of War gaming, then once that is over, we can move on to fire exercises and standard training."

The Fleet would take the opportunity to dock to refill and replenish the ships and the Crew, the AIB Minas Gerais Docking close to the NSM José Malhoa, Admiral Florencio Silva would be invited to come aboard the Minas Gerais, the Carrier's crew would stand in attention, awaiting the arrival of the Portuguese staff, Admiral Diego Costa da Silva was present as well, with the rest of the Carrier's staff with him.

The Portuguese ships would leave port, the officers on the bridge deciding what tactics to use against the Brazilians. They would head to roughly 100nmi away from the port towards the southeast of the Azores. The Brazilians would be allowed to dock to the port and refuel and restock on supplies as needed. The Portuguese fleet would have a traditional formation, the NSM José Malhoa at the center, with a frigate and a support ship covering the front and likewise on the rear.

A scenario would be suggested to the Brazilians, by the Admiral: wherein the Brazilian fleet would be near the port to simulate an invasion, with Portuguese ships being the first responders. The goal for the Brazilians is to keep hold of the port, and not suffer massive casualties, while the goals for the Portuguese is to buy time for help to arrive. The estimated time for reinforcements is roughly 12 hours, giving both sides ample time to 'duke it out.'

Once the scenario is over, both forces can sail West of the Azores to start the firing drills and exercises.